Being modern adventurers we had concerns that original pioneers never had – We were willing to give up grid-electricity, water on-tap, any sort of sewage system and modern conveniences (fridge, freezer, washing machine), and even go without a house, but we wanted to keep our books and computers.

As the computers needed protection from the elements, they got the caravan.

We had an office at each end, mine being the closest to the door (top picture). In the top left of the top picture, above the light switch, you’ll see two battery cables that were fed in through the window. The batteries came later, though. Initially we only had a small generator which ran only the computer system through the day and the TV and video player in the evening. 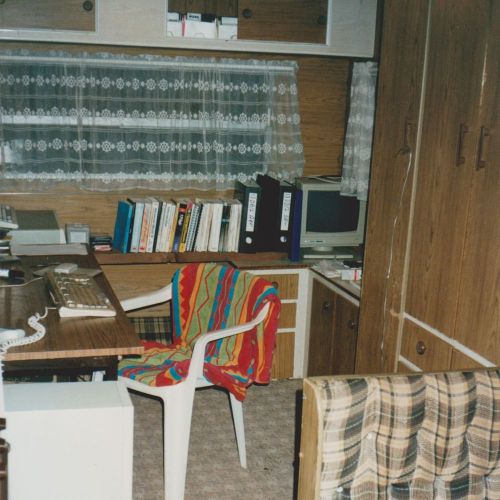 The air conditioner you see in the picture came with the caravan, but our gen-set (generator) was not strong enough to run it. That was bad news in the Build-Up and the Wet when I recorded 50 C inside the annex (122 F), but I’ll talk about the weather some other time.

Nothing was ever powered constantly and nothing was on at night. That meant no fridge and no freezer – we never did get them, either, same as the washing machine, same as the house. 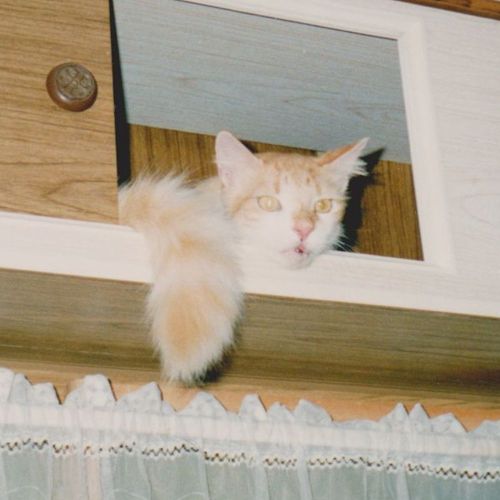 Our cat, Cumulus, picked the caravan as his favorite spot, too, and we kept one cupboard space clear for him. 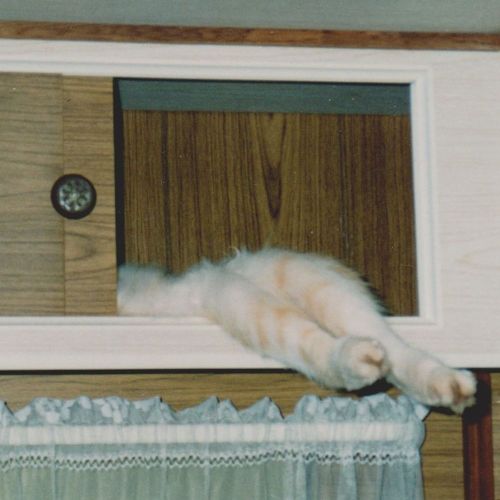 So the computers got the caravan, the books got the annex, and we got a tent… Or so we thought…

NOTE: This is the wilderness location where the Khekarian series came together for me, a science fiction series featuring wilderness planets. It’s easy to understand why. 🙂

2 thoughts on “Office in the Wilderness – TRUE LIFE.”