I don’t dislike officialdom, it’s just not a fun thing to write about, although I love to read back and see it there – detailed, neat, but most of all succinct (nobody wants pages and pages of the stuff) – I don’t want to concoct ranks and roles and, worse, dozens of names for individuals who really aren’t Who and What the story is about.

I blame Khekarian royalty for all of it. I actually didn’t intend to put royalty into my books. At all. This series is science fiction, so my main aim was to write about the adventures of explorers.

It evolved. A long, long time ago (long before the first book reached publishing quality), I decided to put an alien war in the background, a long ongoing dispute between the Khekarian and the Chiddran Empires. It seemed like a good idea at the time.

From that backdrop of interspecies conflict – okay, galactic war – I decided to make my lead villain more powerful and influential in the scheme of things.

You learn very early on in the book (so it’s not a spoiler) that Sturn, the Prince, is the son of an Imperial elite family. That ramped up his personal desires, expectation and power. As one of the top eighteen families in control, he – exiled or not – had the personal fortune to do pretty well whatever he wanted. It also gave him reason to want to capture an alien-native of Zumaridi, bargaining his way back into Imperial grace through the procurement of a species that could bring about a sure win on their side.

It served, too, as a reason why even an untrained psychic might be helpful to him (to get him back in the door at home and to act as a psychic watchdog) and why he wouldn’t care if the Terran girl went against her will or not. He was above such concerns.

And, of course, it gave him Sevi as an elite Khekarian soldier bodyguard/companion.

Way back at the beginning of writing this, of course, I didn’t know the book would become a series and we would be meeting kings and soldiers and officialdom and that it would entangle me in research for details to give the leading parties flesh and blood realism.

You can’t write royalty without layers and layers of officialdom. Well, you can, but you end up with one ruler, one adviser (possibly with evil intent) and a couple of guards standing by the door. That’s just not realistic.

When Book 2 came along, I learned how fun it could be to write official crowd scenes and how refreshing it could be to read – Ialle and his people, Emperor Kyhlin and his massive entourage.

Officialdom evolves along with civilization, it’s going to be there, alien civilization or not. Likewise, taxes and commerce and education, but I don’t want to describe pages and pages of Who’s in charge of What and Why it might even be remotely important.

The whole point is to skip lightly across the lot and to feel and show the “weight” of that officialdom without landing the reader (or the author) in a mire of unimportant administrative detail.

That is probably why things are slow-going at the moment, I’m in the middle of it. I could jump from decision to action, but really, with the people I’m dealing with, it’s going to have to go through layers of administration and I have to know what it all is before I can shortcut my way through the bureaucracy.

Fleshing this area out and getting it right still leaves me wading through lays of blinkin’ officialdom and I don’t like falling asleep at my desk… But I’m doing it for you [*violins, please*]. I’m doing it so you won’t have to (wading through officialdom, gentle readers, wading, not sleeping).

When it’s done, the results will be worth it, of that I am sure. Hang in there. I am.

6 thoughts on “Fact and Realism to the Impeding Conflicts – The Ministerial Role (oh fook!)” 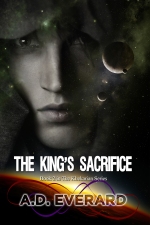